Confused about how to get the most out of your meat shopping, either at your local supermarket, butcher, or down at the weekly farmer’s market? You’ve come to the right place!

It might look a little overwhelming as you stand there and eye up the towering mounds of beef, pork, lamb, chicken, fish, and various other unidentifiable meats. But with a little bit of ground work and a knowledge of how to prioritize the best meats, you’ll do just fine. Here’s the quick and dirty on what you need to know.

On the importance of fat

If you’ve just recently made the shift to paleo, chances are you’re having trouble wrapping your head around the whole fat-is-good thing, especially with regards to saturated fats. This understanding of fat plays such a foundational role in the success of the paleo, primal, and Bulletproof diets that it needs to be revisited before we go delve any further.

So, without further ado: the saturated fat and monounsaturated fat that comes from meat, be it beef, lamb, pork, chicken, duck, fish, or otherwise, is one of the best, healthiest sources of fat available to humans. This is particularly the case with animals that have been raised in healthy living conditions, or are wild caught. Keep this in mind as you peruse the meat section of your supermarket or pretend you know what you’re talking about when you instruct your butcher what cuts you want.

Is it important to get grass-fed, pastured, or wild?

In a word: yes. Very important. If you’re going to put your dollar to work in the supermarket, put it to work buying the best quality meats you can find: the difference between a low quality meat and a high quality one is huge.

“Grass-fed” is a term used to describe any ruminant (cow/beef, deer/venison, lamb, bison) which has been raised all its life on a diet of grass. This is what their digestive systems have evolved to process, and they can only truly be healthy when allowed to roam freely and eat grass to their heart’s content.

Meats which display the label “grass finished” indicate that the animal has been primarily raised on grain throughout its life, then has been allowed to graze at pasture for a few weeks prior to slaughter. While this is better than a ruminant which hasn’t had any interaction with grass at all, it is nowhere near as good for you as grass-fed meat.

The term “pastured” essentially has the same implications as “grass-fed” but it applies to non-ruminant land animals like pigs, chickens and ducks. If a meat displays the label “pastured” or “free-range”, it indicates that this animal has been raised in a healthy environment where it can roam freely, eat selectively and choose those foods which it gains the most benefit from. “Free-run” is slightly different to free-range, with free-run chicken or eggs coming from hens which can theoretically run free in an “open concept” barn, and are not housed in cages like conventional hens – not quite as good as free-run, but still better than your average cage-raised hen.

Even if the meat is not organic, if it is pastured or free-range it is generally fair to assume that this meat has less antibiotics, hormones, and other nasty surprises hidden in it’s depths. This is purely because such animals are healthier than their caged counterparts, and therefore need less synthetic treatments to keep them alive.

“Wild-caught” can technically apply to any type of animal which occurs naturally in nature (such as venison or duck), however in most cases it refers to fish. As with the previous two categories, there’s a huge difference in quality between wild fish and farmed fish. Farmed fish are fattier, but it’s the wrong kind of fat, with a high ratio of omega-6s to omega-3s. This higher fat content in farmed fish also means that you’re getting less protein per serving than wild fish.

Possibly worse than this is the amount of toxins you’ll find in a typical fillet of farmed fish. In one of these babies, you’re likely to find high concentrations of body-harming compounds like dioxins, PCBs, fire retardants, pesticides, antibiotics, copper sulfate, and canthaxanthin (a dye associated with retinal damage used to make colorless farmed fish various shades of “wild” pink). Delicious.

Wild caught fish can contain these same toxins, but in far lower concentrations, and it’s only because of humans polluting the waters they swim in that they’re present at all. Another thing to keep in mind is the amount of destruction and pollution that these fish farms are doing to the waters in which the real, wild fish make their home.

For more information on choosing the right fish, check out this article from the Natural Resources Defense Council (NRDC).

Should I try and buy organic meat?

Yes, you should certainly try. While organic meat is often hard to come buy, it’s worth seeking it out as it typically has an improved nutritional profile, but more importantly it doesn’t contain toxic residues from pesticides, herbicides, antibiotics or hormones which you’ll find in high concentrations in other, non-organic meats.

If a meat is organic, the feed it is given also needs to be organic, which means that this animal will be healthier and it’s meat is therefore of a better quality. Most of the time, organic also implies GMO-free, which is always a good thing. For more information on this, check out the section on GMOs in this article.

Which meats are best?

Originally, I had intended to put a list in this section which rated each type of commonly-stocked meat based on a range of variables and then recommended which were best. After giving it some thought, however, I came to conclusion that many others have reached – there’s no single best thing. Such a list should never exist, because there are so many different variables at play.

That being said, I do have some recommendations for what you write on your next grocery list with regards to buying meat:

Vary your meats throughout the week

While many paleo enthusiasts consider beef to be one of the best meats due to it’s high concentration of saturated fats, wide range of nutrients, and balanced fatty acid profile, you shouldn’t eat beef every single day. Doing so would put you at risk of iron toxicity, as red meats like beef and lamb have high concentrations of iron. Similar issues apply to other meats: too much chicken or pork could mean not enough saturated fats or an overload of polyunsaturated fats (the troublemaker of the fat trio), and a lack of the nutrients found in red meats. Too much fish, especially salmon or other cold water fish, could actually lower your omega 6 levels to the point where they’re unhealthy (yep, thats a thing).

The point is, vary your meats throughout the week and you’ll be getting all their benefits without getting an excess of their less desirable attributes. I have a very basic system whereby I always separate my meats by at least 2 to 3 other meats. For example, I might eat beef for dinner on Monday, then have eggs for breakfast on Tuesday, chicken for lunch, fish for dinner, a smoothie for breakfast on Wednesday, and lamb for lunch. This way, you’re enforcing a buffer period so that you don’t eat the same meat over and over, which can lead to health complications.

Yes, they taste pretty darn horrendous, but they’re probably one of the most nutrient-dense foods available to humans (if not THE most nutrient dense food!). This means they’re well stocked with many vitamins and minerals which you’d be hard-pressed to find anywhere else. For this reason, they can really give your health a kickstart, by filling in any nutritional gaps you might have in your body.

Of all the organs, liver is by far the most nutritionally-dense, so you should make sure you have this at least once a week. Other organs which you’ll likely see in the supermarket include kidney, heart, and tongue (these last two technically being muscles, but lets not nit-pick) – experiment with different organs and different recipes (this article has lots of good tips), and you’re bound to find SOMETHING which you and your family can choke down without complaining too much.

Experiment with different cuts of meat

You know when you get up to the butcher’s counter, and they ask you what cut of beef or lamb you’d like, and you start to panic because you know NOTHING about which cuts are best? Well, you don’t have to panic any more – there IS no best cut. Traditionally, people would slaughter a cow or lamb, for example, chop it up into manageable portions, and proceed to literally eat that animal from nose to tail. These people, as it happens, were a whole lot healthier than most modern day westerners.

Take a leaf from their book and embrace the “nose to tail” mantra. Try buying different cuts of meat each week, perhaps even asking the butcher if they would recommend any particular cut which is interesting or different from usual. Eating different parts of the animal means you’ll be gaining access to a range of different nutrients and fat ratios, and as I’ve said before – variation is good!

Phew, that was a lot of writing! I seem to recall saying that this was going to be “quick and dirty” at the start of the post, but it turns out that it was more “long and arduous”. That said, if you’ve got any further questions, or have a beef (pun unintended, surprisingly!) with something I’ve said, then drop us a comment and let us know! Oh, and do check out post number 1 in this 3 part series, which explains how to shop for fruits and vegetables like a pro! 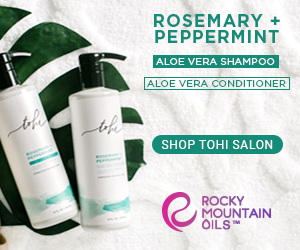